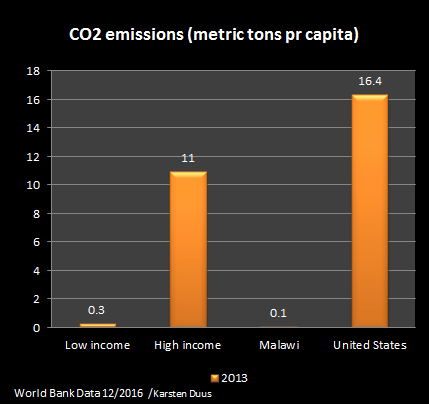 The gaps are huge and there has not been a significant development since 1990 .
(United States has actually reduced its emissions pr capita but is still one of the countries with the highest CO2 emission)

A person in Malawi “CO2-pollutes” 164 times less than a person in United States. 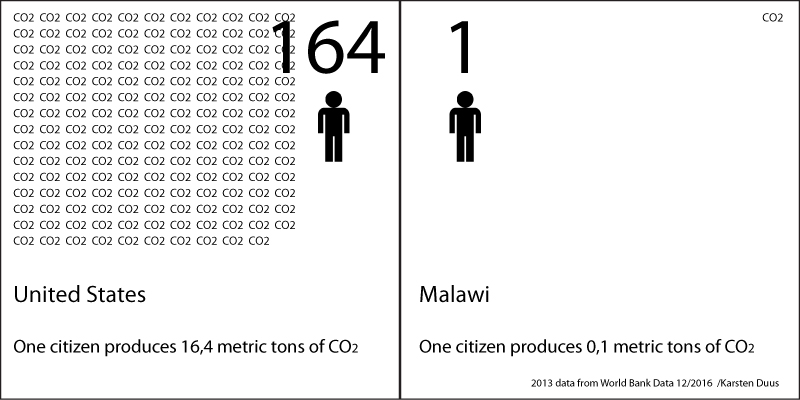