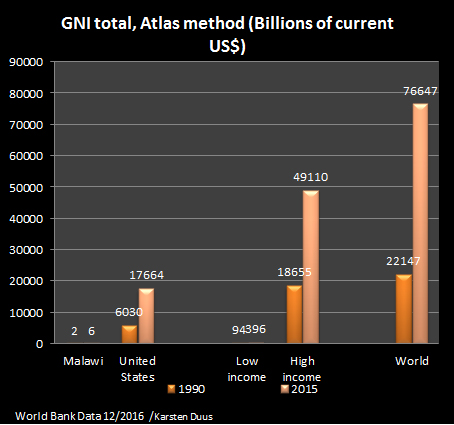 But the graph shows a new important development:
In 1990 the high income countries had a 84 percent share of the Worlds total GNI
In 2015 this share was reduced to 64 percent.

The reason is that the group of middle income countries increases their economies so effectively that their share grows. Unfortunately that is not the case with the low income countries.