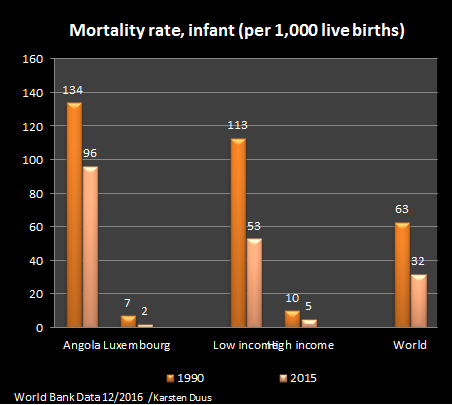 A mother in Angola will face a 10% probability of loosing her child before it reaches the age of one year – in Luxembourg, Norway or Japan the probability is less than 0,2%.

On top of that the probability of a dead born child is many times more likely in Angola. 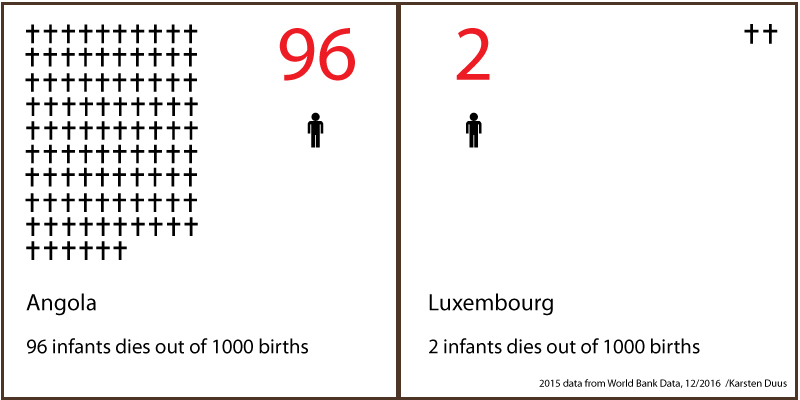